A Ramble through My American Civil War Armies .

The Collection started way back when and has been added to changed repainted sold and Revamped .

So this project takes another turn .

My original Armies were Hinchliffe and Minifigs .. they have marched away into oblivion now .

The Armies now in place are going through a Revamp and Rebase with plenty of additions to follow .

This is a period I've  studied and loved for many Years and will post the Units here as they come through the Revamp . 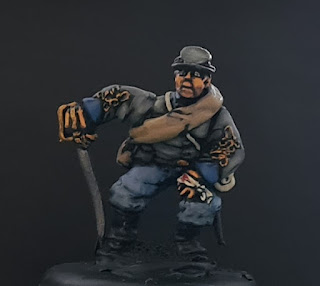 Confederate Officer from First Corps Was just playing around with Techniques but reverted back to my 3 Layer Style with a very slight wash here and there of Citadel Agorax Earth Wash watered Down .

I gave him the unshaven look using this method which came out really nice I think . 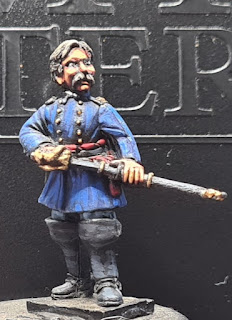 Joshua Chamberlain of 20th Maine Fame  Redoubt Figure Again Painted using the 3 Part System and a Slight Wash over here and there . 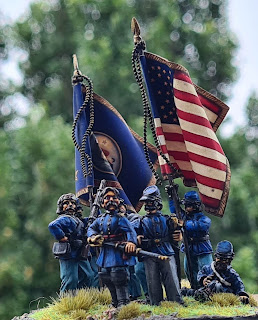 Command Base
Joshua Chamberlain and the Boys

Details of the Bases 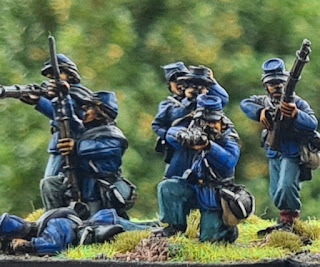 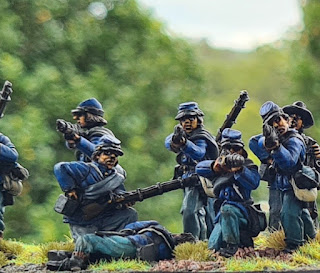 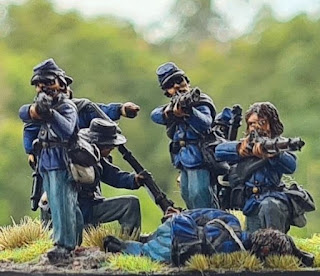 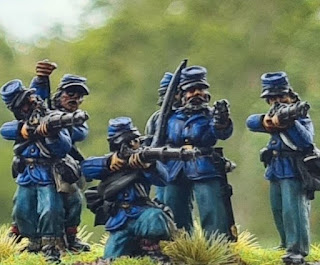 The Figures are Redoubt with a wounded 1st Corps Figure in there  . 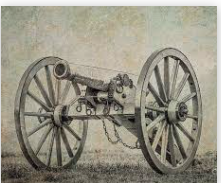 History in the Making

Sons of liberty
Having a long and varied history of Figure Painting Modelling and Wargaming through the years . . Time to share my thoughts and my world here to other like minded Souls .